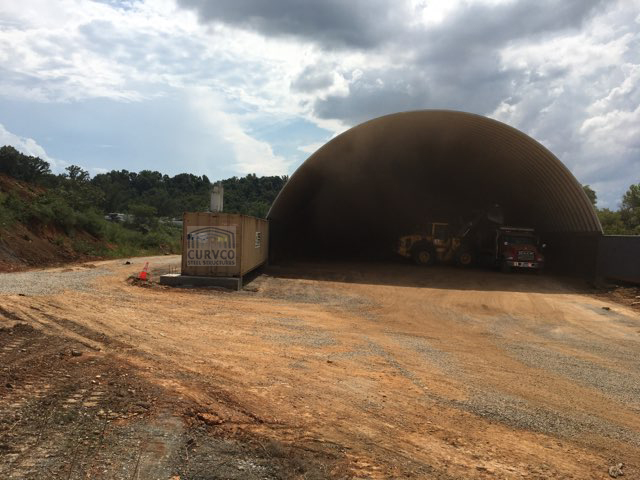 Mr. Claiborne reached out to Curvco Steel Buildings to solve the problem of utilizing his workspace effectively. He knew that the metal roof between two shipping containers had to span at least 70′ wide in order to accomplish this goal.

With all the of the construction equipment and machinery stored outside, he knew it was time to search for a steel building solution. After intensive discussion with one of our building specialists he determined that putting this large structure on shipping containers would not only be cost effective but easier to manage based on his expertise.

After the building was delivered and the contents were erected on-site, he realized adding additional length was rather easy and manageable.

This must explain why Mr. Claiborne came back over and over again as he saw his vision become reality.

He was impressed by the amount of space he could use and the amount of money he saved by not using a traditional concrete pad with a steel building on it.

In order to save some money, Mr. Claiborne decided to pick up his metal roof between two shipping containers at the factory in Pennsylvania personally. He wanted to see where the steel was being manufactured and establish a relationship with our personnel so that in the future he could order more length from someone in the industry he trusted.

He returned to the factory  three separate times to pick-up additional length over the weekend for his roof when he had the time to install it.

With over 8,400 sq feet of interior space, everything in his arsenal would now be able to fit with extra room to spare.

He decided to leave the front side open so that he could move his equipment in and out with no problems and kept the backside solid.

He currently stores his dump trucks, back hoes, bulldozers, bobcats, towing rigs and other equipment necessary for his daily operations. 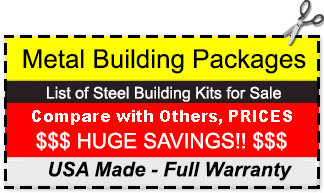 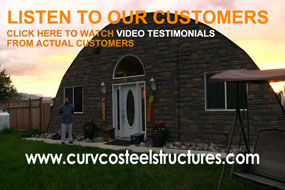